The History of Crossword Puzzles

Although Arthur Wynne of Liverpool England is credited with the publication of the very first "word-cross" puzzle on the 21st of December, 1913, as a space filler for the FUN supplement to the Christmas  edition of The New York World, there is evidence that the phrase "cross word puzzle" was used in various publications as far back as 1793.

A publication popular in circulation from 1793 to 1795, called The Stockton Bee, included crossword type puzzles in it's publications while in the 1870's, the children's magazine, the  St. Nicholas, included double diamond puzzles regularly.

Wherever they began, and whoever invented them, crossword puzzles have been included in  many well known newspapers. Even the Boston Globe and the Pittsburgh Press have been offering them to readers since the early 1900s. The New York Times jumped on the bandwagon when in February 1942 it included a puzzle as an intermission from the harrowing news from the Second World War.

These new games proved popular enough to start a trend worldwide. In Milan, Italy, a four-by-four type grid, with horizontal and vertical clues, designed by Giuseppe Airoldi around 1890, appeared in Edition 50 of the Il Secolo Illustrato della Domenica and was described as "a way to pass the time". While around the same time in the United Kingdom, children's puzzle books and various magazines also contained word square puzzles. These were designed so the letters in the answers read the same horizontally or vertically. The first English newspaper to include a crossword in one if it's editions was the Sunday Express in 1924. 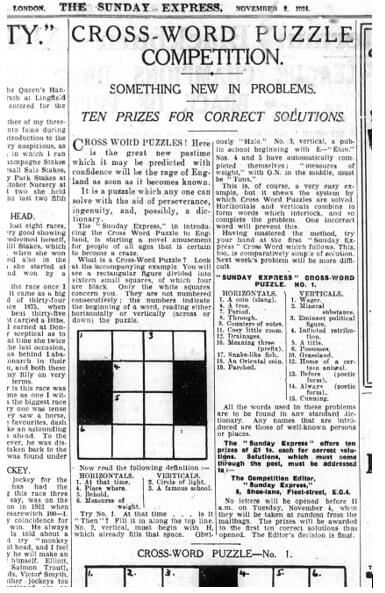 Fig. 2 First Crossword published in 1924 in the Sunday Express

Although they became popular very quickly, not everyone was an instant fan. A journalist working at the New York Times in 1924 reported that solving these new fangled puzzles was neither a sport nor a game and was an utterly futile and useless waste of time. Even the church got involved in this new fad with a clergyman claiming that not only was there no intellectual value to solving a crossword but that anyone attempting to could be said to be in posession of a childish mentality.

Despite these intial opinions, crosswords have grown in popularity, with many daily newspapers including them on a daily basis and many millions of people worldwide completing them.